Before I dive into the details of developing this project, I talk about my creative process in general. This is my first time writing a dev log. There will be chaos. Bare with me.

Here’s some stuff you might want to know about me beforehand (or maybe not – just skip to the next part. I won’t hold it against you 😉 ).

I’m Max. Together with two friends I founded the indie company Bootsmann Games in 2015 to have a new creative outlet for stories and creative visions. Before that (and until today) I have worked in the media business as a camera operator and art director. I kinda always felt the urge for visual storytelling and the camera work allowed me (in part) to do just that. When I wasn’t doing contract work I worked on smaller projects with friends. However, we soon realized that our ideas grew bigger and so complex that a prodcution would have cost us tons of money and labour, not to mention a huge team. We were in our mid twenties and instead of thinking about the how we just thought about the what. In hindsight, we might have been naive but to this day I’m confident that ideas need the space to breathe, however impossible the realization might seem.

If you really want a concept to materialize, you’ll find ways and means. Sure, there will be compromises but at least you will get there instead of restricting yourself from the start by going the safest and most obvious route. Thinking big gets you thinking out of the box, out of the norms and conventions and it takes you places you might have missed when you dismissed your ideas in the first place. Even if it’s not a conscious process, in the beginning I never filter my ideas. Creative minds will know this absolute chaos in their heads when new ideas form and emerge into something that starts to feel like a concept, a story, a project even. Don’t confine it to what you believe to be feasible! Let the chaos unravel, let your ideas breathe and grow. Be a gardener! Plant your seeds but don’t trim your flowers into shapes you know from every other garden, leaving nothing to the imagination. Be the gardener that lets them sprawl in their own way and you’ll have a magical garden that is unique!

Enough of plants and metaphors! I’ll try to get back on track …

The language of a feeling

Duda Fallstorm started out as nothing more than a feeling (as my ideas often do). It was one of those ideas I had in my head for quite some time now (I’m not exactly sure, but I would guess around 4-5 years). It was a strong feeling that teleported me right back into my childhood. But since you can’t transfer feelings without first translating them into a language or some form of information for others (or yourself) to understand, I had to incubate this idea further before I could do anything more with it. A feeling alone is a nice memory or an emotional state. It is pretty much what I want others to feel when they see or experience the finished project. And that, in my opinion, is the storyteller’s biggest task.

My process is often the same: I try to find impulses that let my mind dive deeper into that initial feeling. I’m not forcing myself, though. Most of the time this is initiated by a piece of music when I’m on my way to work or out in nature on my bike or at home in front of the computer. I find music to be the best conductor for emotional currents in my brain. When that happens I create a playlist and give it a name which I usually use as the working title. After that, I put it aside again and try not to think too hard about it. And I’m always surprised how quickly those playlists fill up with more songs. For a long time there is only one. A few days or weeks later another one pops up that fertilizes the ground even more and from there on out it just goes on. The playlist grows, more ideas pop into my head which, in turn, add more and more depth to that first feeling. I see this as creating a sort of basic language which I can use to describe my initial feeling.

With Duda it took around 3 years before I even started a playlist. It was quite hard to find a fitting language for the feeling because the possibilities seemed too numerous. But I found that waiting helped me a lot. At some point I discovered the language for the idea and this enabled me to put my creative mind to it.

The next step, for me, is to find a form. This might be something that everyone does differently. Being a visual person, I put emphasis on style and form – those are my main weapons of choice to convey the emotional language of my project. Sure, you can’t solely rely on visuals (except when you’re drawing or painting, of course), but a multimedia project like a video game needs to tickle all senses (hence the multi). I choose to begin with visual work because it’s my strong suite. This allows me to make other people (and myself) understand where the journey is heading, very early on. It doesn’t neccessarily mean that the visuals won’t change during the development but I’ve got to start somewhere. So, the music feeds my muse and the visuals in turn feed the emotional receptors of others.

The visual style together with the music and the underlying feeling are my gateway to storytelling. In my mind, characters are born and settings are built. Little by little my psyche is working as a set dresser, costume designer, lighting technician and begins to plot a rough storyline. At this point I often enter a love-hate relationship with my muse. Suddenly, for every aspect of the idea there are thousands of possibilities to choose from. Basic character design, for example: Is it a boy or a girl or something more diverse? How old is my character and what are its parents like? Luckily, I always kinda knew that the protagonist of this project would be a child of undefined gender. My reasoning behind this was to make everyone who plays the game find their own inner child in Duda – no matter how they define themselves.

This was the first project where I had started a game design document early on. Having had some experience with our first Bootsmann Games projects, I felt it would be a good idea to aim for some structure right from the start. I jotted down all the things I already knew about the project. Some thoughts were more refined than others, of course, but I felt relieved having it all materialize on (digital) paper. In a way it freed my subconscious from the burden to hold it all together – now it could go back to the important task of figuring out the next stuff 🙂 One ambivalent thing about the GDD: If you find yourself using a template (like I did) you might notice lots of empty paragraphs taunting you. I didn’t have any thoughts about a 3-act-structure, the character progression or what sounds footsteps would make yet. In a way this made me nervous about the scope this project might reach and what little I had so far. Don’t let yourself be discouraged by that! The good thing about the GDD is that it compels you to think about certain things right from the get-go: since I read the bulletpoint “Interfaces” I subconsciously occupied my mind with that thought. Some time later, out of the blue, it spit out some ideas I liked and wrote down, right away – HA, one less nightmarish paragraph!

I will go into this further in a later part of the devlog, but for the style creation Unreal Engine played a big role right from the start. I’m of the impatient type when it comes to visualizing my thoughts. Better to have it all out at once instead of getting there by careful planing and scribbling. When I began working on the style, I didn’t want to waste any time. I dove right into the deep end. Fired up the ol’ engine (UE4) and got to it. This might not be the cleanest approach and it might even take longer since it’s lots of trial and error. But it feels as raw and unfiltered as my initial thought process. I have to fail in order to get somewhere. I need to get all the throwaway ideas out of my system to get to the good stuff. At the very least this makes for a nice extensive gallery of screenshots depicting my progress 🙂 (Which I will show you later, I promise!)

How do you work?

I’m interested in your creative process. I know, my way isn’t the one true way. It’s one of many unique ways to make creativity happen. I’d be happy to read of some other approaches. So please don’t hesitate to drop me some lines here or in our cosy discord!

Heavy-heartedly, we’re officially declaring the development of UpBreakers halted. This is not the final fare-well!

Before I dive into the details of developing this project, I talk about my creative process in general.
This is my first time writing a dev log. There will be chaos. Bare with me. 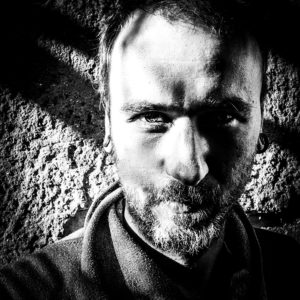 I'm CEO and art director at Bootsmann Games. I originally have a background in media design and camera operating and love visual storytelling.

I'm CEO and art director at Bootsmann Games. I originally have a background in media design and camera operating and love visual storytelling.

This website uses cookies to improve your experience while you navigate through the website. Out of these cookies, the cookies that are categorized as necessary are stored on your browser as they are essential for the working of basic functionalities of the website. We also use third-party cookies that help us analyze and understand how you use this website. These cookies will be stored in your browser only with your consent. You also have the option to opt-out of these cookies. But opting out of some of these cookies may have an effect on your browsing experience.
Necessary Always Enabled
Necessary cookies are absolutely essential for the website to function properly. This category only includes cookies that ensures basic functionalities and security features of the website. These cookies do not store any personal information.
Non-necessary
Any cookies that may not be particularly necessary for the website to function and is used specifically to collect user personal data via analytics, ads, other embedded contents are termed as non-necessary cookies. It is mandatory to procure user consent prior to running these cookies on your website.
SAVE & ACCEPT